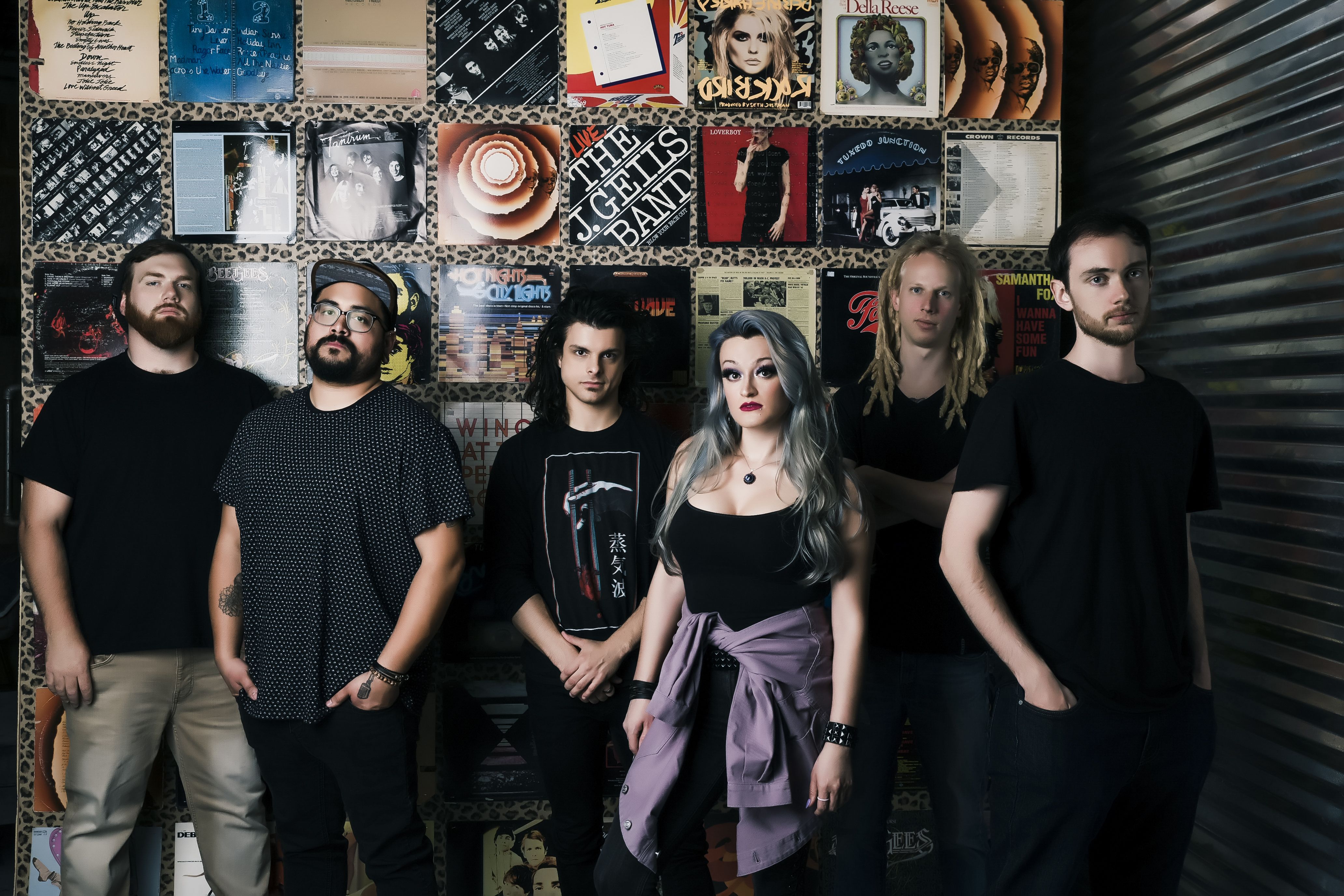 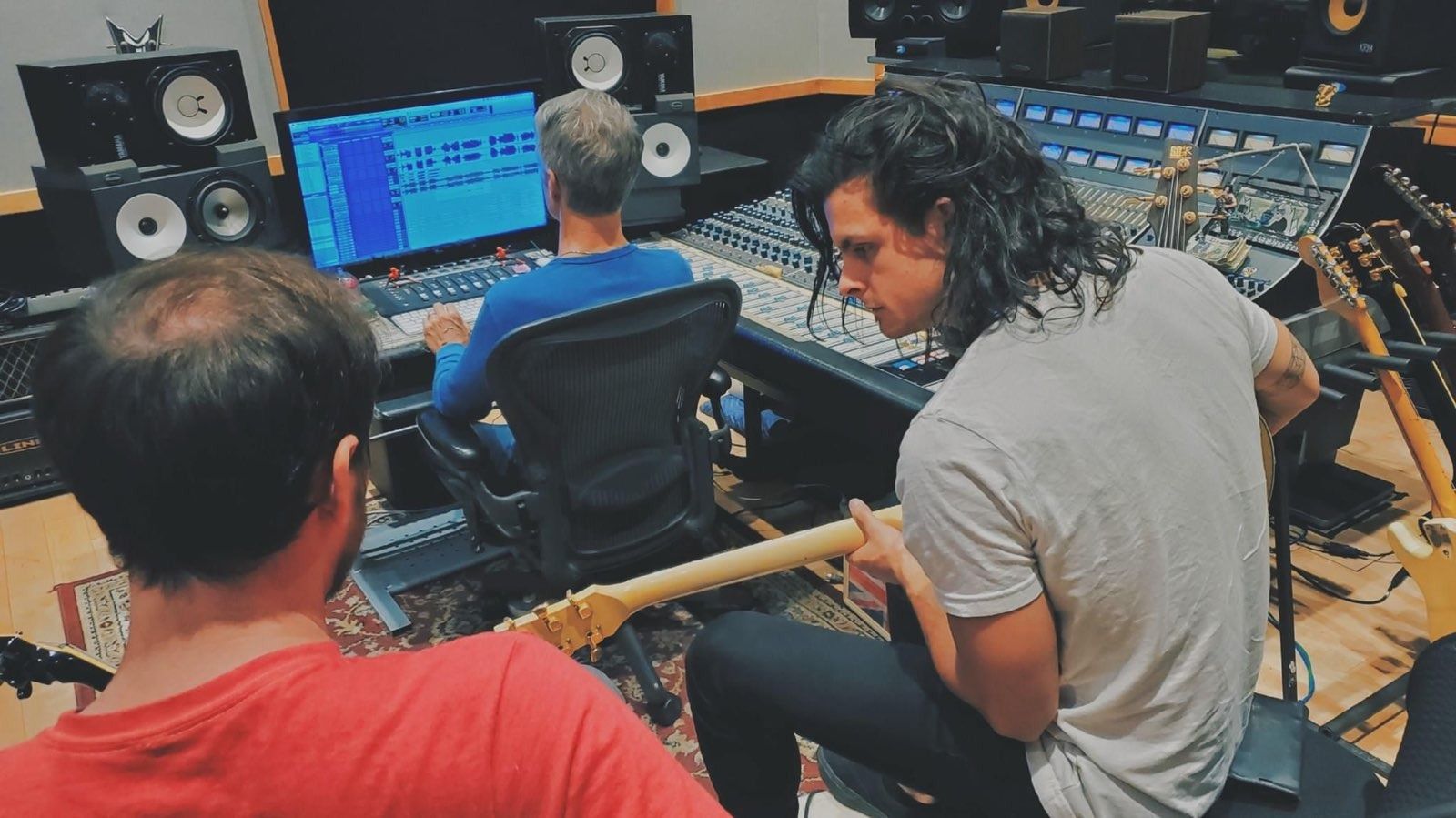 By day, a young woman hacks computer systems in order to test their security from outside threats on behalf of a financial company. By night, she fronts a genre-breaking band, fusing hard rock, hip-hop, electronica, and alternative into a fluid, focused, and fiery hybrid of styles as unpredictable as it is undeniable. This is LYLVC [pronounced “Lilac”].

Alyse’s day job certainly informs how she approaches her music:

“Hacking doesn't necessarily entwine with our music, but I do have a very technical approach to writing lyrics and vocal melodies,” smiles Alyse. “When I hack for my day job, I need to understand everything about my target in order to find some sort of vulnerability to exploit, but still remain stealthy on a network.

After Cam writes the instrumentals of LYLVC's music, I listen to the song over and over. I try to analyze and understand everything about it and how it makes me feel. So, in a way, I treat the instrumental like a target computer system where I can almost begin to get in the head of the person who created it. Then, I can create melodies and lyrics that are in that same mindset.”

LYLVC bloomed in the midst of an emotionally turbulent 2020, Alyse was undergoing a huge personal life challenge, the pandemic was on lockdown, and LYLVC emerged from the fusing of those two moments fueled by a sense of purpose and began the climb with the passion of people on a mission.

Alyse, Cam, Oscar, Ryan, Seth, and Kenny moved forward with the feeling that this particular lineup was synchronistic and meant to be. With the lineup set, they locked into inimitable chemistry together over the course of countless hours in the lab. Inspired by bands including Linkin Park and Bring Me The Horizon, the dual vocals between Alyse and Oscar mirrored the musical ebb and flow as their voices “told the same story from two different perspectives.”

Oscar says, “It was a dream come true for us. Howard’s entire team really helped us bring this to life.”

“Most of us can readily recall the pain of being hurt so badly that it takes you years to recover,” Cam adds, “Rather than escapism or reprieve, the song ‘Perfect Drug’ sits in that feeling of realizing how closed-off the pain made you. You acknowledge the scars that left you changed.”

“Into Nothing” hinges on a thick guitar groove as Alyse haunts and hypnotizes with breathy intonation punctuated by vulnerable harmonies.

“I’ve been so numb I needed to do something dangerous in order to feel anything,” Alyse admits. “It doesn’t have to be drugs; it could be cliff diving or something extreme. You reach the high and are alive again. The high eases away, so you get more dangerous. Are you going too far?”

“‘Undertow’ is about feeling overwhelmed,” she elaborates. “It’s like you're drowning—or like you're yelling in a crowded room and no one is listening. When you're drowning, you're struggling to regain control, and you feel an overwhelming need to escape. If you let go, give into the tides a bit, and embrace whatever path the tide takes you, you can sometimes find calmness or peace in that. The struggle becomes less hard, and you can think more clearly how to tackle a problem.”

Striking a powerful chord, “Heirloom” represents the cathartic apex of the EP.

“It could be for any kid who has gone through a traumatic experience,” Oscar states. “Later on in life, they’re not afraid people can hurt them, because they’ve already built up those walls. What gets them most is the demons inside who say, ‘You’re not good enough’. If you’ve had to harden yourself as a child, ‘Heirloom’ is for you. It’s Alyse and I both fighting our personal demons.”

“It's a cold, often heartless world, and especially now it can feel like a lonely experience to be alive,” the band says collectively, “If there's one thing we can hope for someone to take away, it’s the feeling that there can be meaning and purpose in life even when things are difficult and you feel all by yourself. You aren't alone. If our music and lyrics can provide a voice for someone, it will make it worthwhile.”

Sharing stages with acts such as From Ashes to New, Fire From the Gods, Red Jumpsuit Apparatus, Puddle of Mudd, and more,  LYLVC kicks off their upcoming EP release with the first single “Perfect Drug” on March 24, 2022 with a video directed by Scott Hansen capturing the fierce and powerful live performances they are quickly becoming known for. They will be announcing more tour dates in the coming weeks.